A section of the Rolls Royce Olympus 201 Turbojet donation.

On 16th May, Michael Trotter, Business Development Manager for the 'Vulcan to the Sky Trust' visited Doncaster UTC and donated a section of the Rolls Royce Olympus 201 Turbojet along with reading material for our Engineering students.

This will be exhibited in our Engineering workshops.

See below for further details. 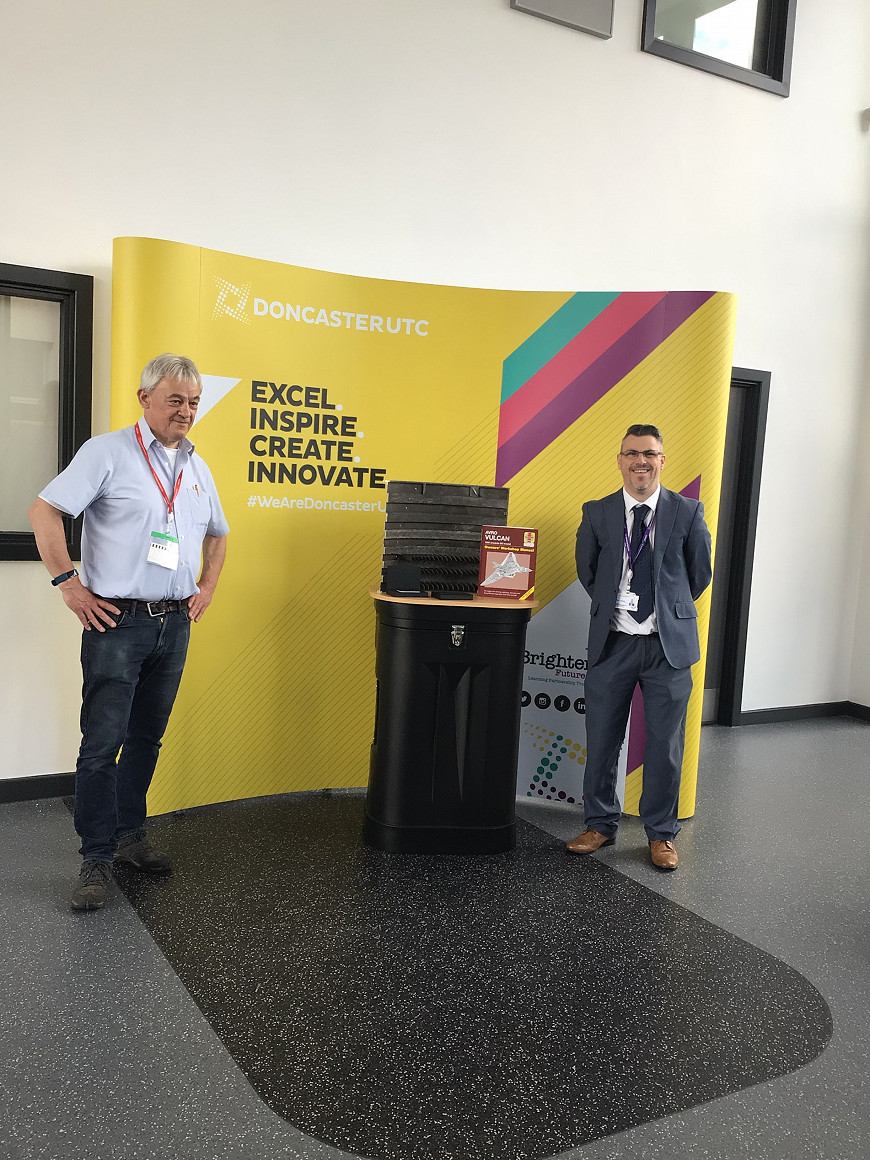 Rolls Royce Olympus 201 Turbojet in the words of Jim Debenham

XH558 was delivered to Bruntingthorpe in 1993 by the RAF.  The exhibit you have is part of the outer casing of one of the engines that were fitted at that time.

This engine was used during XH558s time as the RAF Vulcan display flight from 1983 to 1993 when she ended her RAF career.

The engine was used during fast taxy days at Bruntingthorpe until it was removed as part of the restoration back to flight as the engine had some damage to its turbine blades.

The engine has two sets of Turbine blades low compression as the air enters the engine and high compression before the air hits the fuel chamber.

The Olympus was one of the first turbojet engines to enter production employing the so called two spool layout.

The engine will take in air at the rate of 240lb per second and runs at 6680rpm.

The drawing below shows where the part sits within the engine.