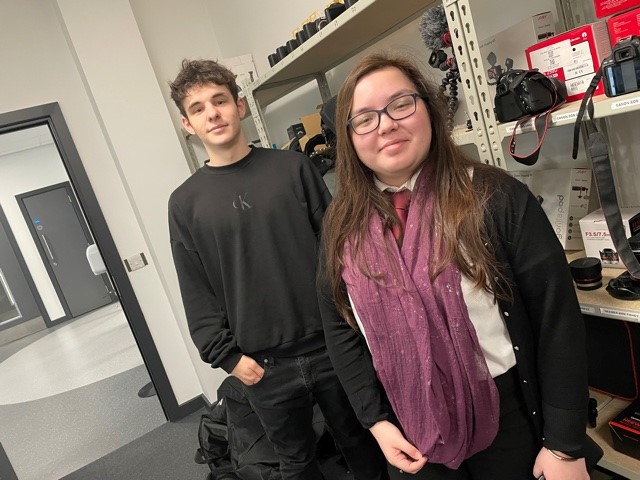 Two of our Doncaster UTC Y13 Digital Media Students have each been awarded one of only 20 places on the prestigious BFI Film Academy at Showroom Cinema, Sheffield. Showroom Cinema

The BFI course allows students to develop cinematography skills and work with experienced professionals as they take their first step into the film industry. The students are taking part in the course every Saturday and there are some amazing speakers lined up this year, including Producer Cat Marshall (Everybody's Talking About Jamie, Warp Films) and Rachel Robey (London to Brighton).

Georgia Tang, 17, is really enjoying the course and she says, “So far, we have had a scripting masterclass from experienced film producers Caroline Cooper Charles and Rachel Robey, as well as director and screenwriter Paul Fraser. We are already making a short film after only two weeks. Last week, our teams took some practice footage and we had acted as if we were on a real film set with a camera crew, sound crew, actors, directors and producers. I feel so excited to be taking part in such a great opportunity!”.

Ellis Mawby, also 17, wants to work in the film industry as a stunt man. He says, “As part of the BFI Academy, I’m learning how to record sound properly and professionally on a short film and this includes attaching microphones to actors or holding boom mics while adjusting the sound levels to record at the perfect volume. At the moment, we have just started to record our short film and my group have just finished recording all shots for our scene one. It is giving me the chance to talk to industry professionals about my dream career!”

Director of Sixth Form, Miss Victoria Allen, says, “I am extremely proud of both students. This is a fantastic opportunity to get and as a Digital Media specialist teacher I am absolutely delighted they were able to gain their places on the course”.